People have been enquiring about staying and asking what there is to do around Worcestershire, so I thought that I would ask my family what their top recommendations were: 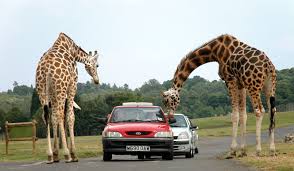 Bens choice was the Safari park, it is not too far away so he doesn’t get bored travelling there, there are plenty of animals to see as you drive round, then there are rides and slot machines to enjoy. It really is a full day out with loads to do. What is quite exciting is the plans to build a massive indoor water park there to be open in 2017. 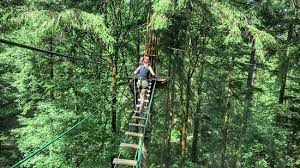 Emma’s choice was Go Ape at Wyre Forest. When the kids were little we would go there to play on the play area and walk in the woods. Last summer we went on Go Ape Junior and the kids really enjoyed it. It was just scary enough to be fun but not too scary that they burst out crying!

My husband’s choice was laser quest which is at Malvern in the same building as a small ice rink. You can just turn up and piggy back on whatever game is booked next if there is room, or book the whole place for a large group of you. He likes it because you can run around shooting people and he is pretty good at it, I mostly hide in a corner and get shot! A good way to burn off some energy on a rainy day. 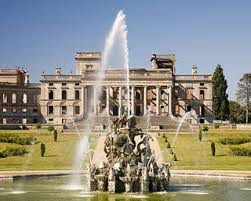 I chose Witley Court an English Heritage property because it is just down the road, there are plenty of walking trails and often in the school holidays they do treasure trails for the children. There are a couple of great play areas, and the grounds are beautiful to have a picnic and sit watching the fountains. You can also do an audio trail around the ruins which is really interesting.

That’s our top four, but there are a lot of other things to see and do. Roll on the warmer weather!